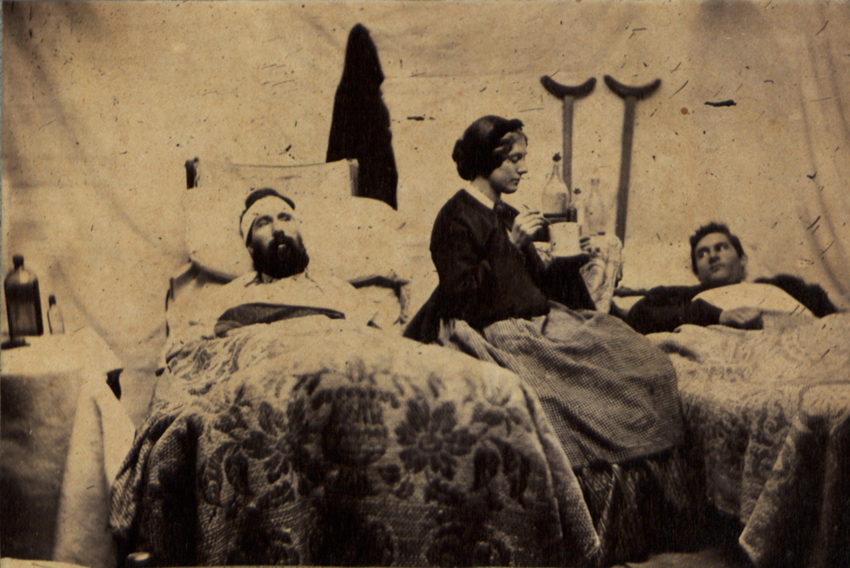 Inspired by the PBS drama series Mercy Street, this program goes beyond the screen to reveal the true stories of the hospital’s courageous nurses. Who were these pioneering women and men who answered the call to serve and laid the foundation for modern nursing?

Many of these heroic volunteers traveled with their units enduring the same hardships and dangers as the soldiers. They set up care in confiscated homes and other buildings and went out onto the battlefield. With very little training available, they learned on the job. What methods did they use? How did nursing evolve during the Civil War? How has nursing changed and how has it stayed the same?

Chris Foard will share his lifelong research and collection of first person accounts and artifacts. (No recording available for this program.)

About Chris Foard
His collection of over 3,200 artifacts with a focus on Civil War nursing helps illustrate how the men and women who cared for the thousands of wounded and dying in the Civil War helped lay the foundation of modern nursing.

Chris was consulted by the Director and Producer of the PBS series “Mercy Street” to provide images of nurses, surgeons and hospital staff from the Mansion House Hospital (formerly in front of Carlyle House) which helped lay the historical foundation for costume and set design. He also advised about the roles and responsibilities of nurses during this period.

He has presented at various colleges and universities, the American Association for the History of Nursing, Delaware Nurse’s Association, the American Assembly for Men in Nursing and the Navy Nurse Corps. His nursing collection has been exhibited locally and nationally including at the Dittrick Medical Museum in Cleveland Ohio, the Carlyle House in Alexandria, Virginia and the Clara Barton House in Glen Echo, Maryland. Rare photos from his collection have also been exhibited at the National Gallery of Art in Washington DC, and the Massachusetts Historical Society in Boston.

Chris earned a Master’s of Science in Nursing from Wesley College. He is a life member of Disabled American Veterans. Whether immersed in his nursing research or attending Civil War shows, his real passion is spending time with his two favorite nurses, his wife and daughter.