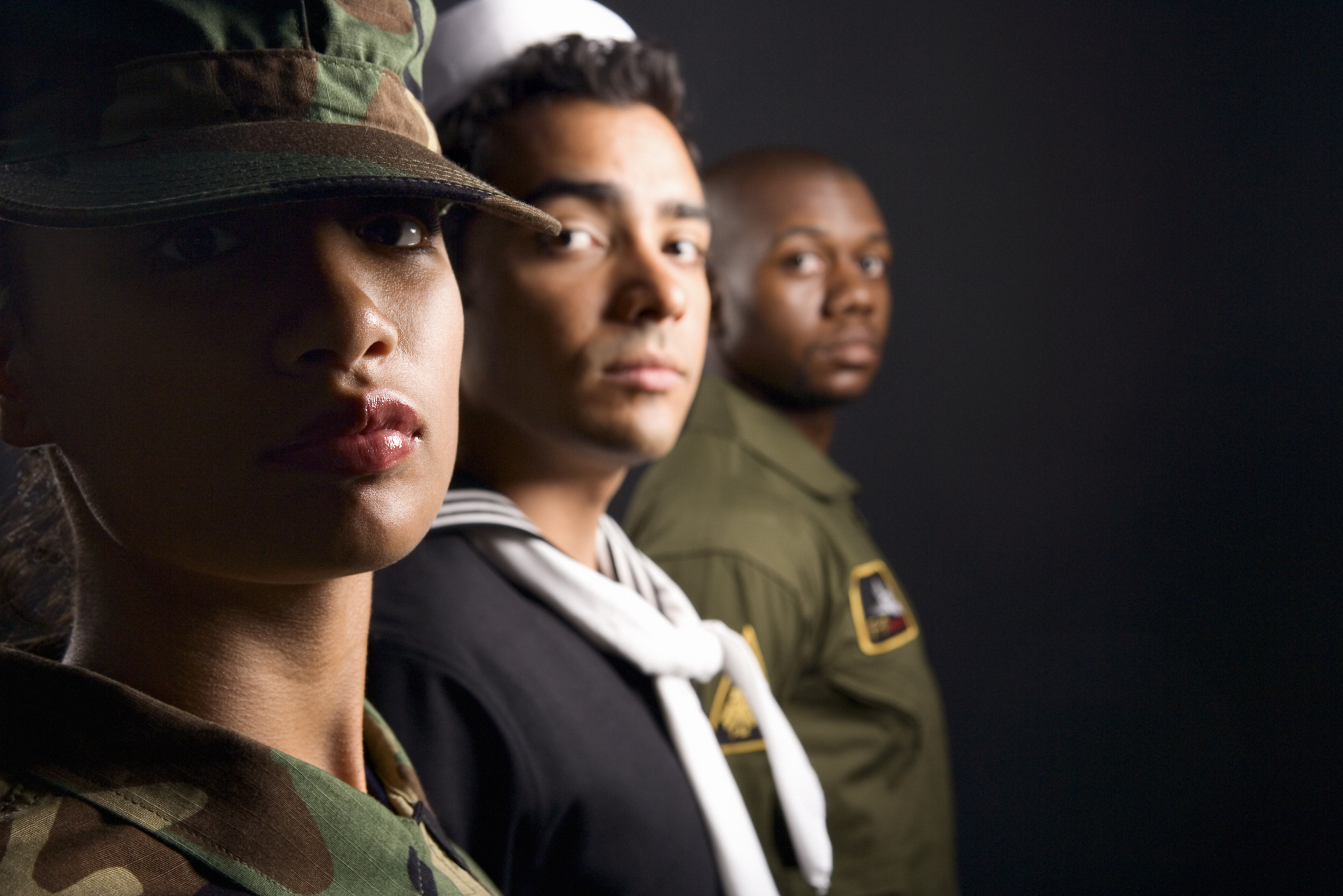 How do veterans fit into Alexandria? Who are they, what are they looking for, and how can we help them integrate with the community? Four veterans speak of their experience and talk about where the opportunities are.

Francis Q. Hoang simultaneously serves as Chief Strategy Officer of MAG Global and as a Partner at Fluet Huber + Hoang Law Firm. MAG Global (www.magglobalcompanies.com) employs over 500 employees with over $175 million annual revenue and is a veteran led, private-equity backed enterprise that operates manned and unmanned aircraft systems (UAS) on five continents to meet the operational and training needs of federal, international, and commercial customers. Fluet Huber + Hoang (www.fluetlaw.com) is a veteran owned and veteran led company that was the fastest growing law firm on the 2013 Inc. 5000 list.

France previously served as an Associate White House Counsel and Special Assistant to the President from 2007 to 2009, where his portfolio included Homeland and National Security issues. After leaving the White House in January 2009, he mobilized in support of Operation ENDURING FREEDOM where he served as the Executive Officer of a U.S. Army Special Forces Company on a 7 month combat deployment in Eastern Afghanistan. France has previously worked in every branch of Government, having served as a law clerk to the Senate Judiciary Committee, law clerk for Judge Thomas Griffith on the U.S. Court of Appeals for the D.C. Circuit, and summer law clerk to Chief Judge Jamie Baker on the U.S. Court of Appeals for the Armed Forces, deployed to the Former Yugoslavia during Operations JOINT ENDEAVOR and JOINT GUARD as a U.S. Army Military Police Officer, and later served as the Deputy Chief of Police and SWAT Commander for Fort Leavenworth, Kansas.

Very involved in his community, France supports a number of veteran causes and efforts including serving on the Board of Advisors to Capital Post, a Veteran incubator in Alexandria and as a Strategic Advisor to VeteranCrowd, a company focused on providing equity crowdfunding to Veteran-led companies and Vets in Tech, which supports current and returning veterans with re-integration services, and by connecting them to the national technology ecosystem. In addition, France serves on the Board of Directors for the Stimson Center, on the Board of Trustees for Marymount University, and as a Strategic Advisor to Spend Consciously, a startup that helps consumers spend their money in accordance to their value system. France was born in Saigon, left Vietnam in a hurry in 1975 at the age of 2, and was raised in Tumwater, Washington.

Emily McMahan is the Director of Capitol Post and Bunker Labs DC. Prior to creating Capitol Post and launching Bunker Labs DC, Emily served as the Chief Financial Officer at Halfaker and Associates, LLC; a successful technology firm serving the federal government. As CFO, Emily was responsible for the company’s financial operations, including corporate accounting, financial strategy, and business planning. After graduating from West Point, Emily was commissioned as a military police officer, and her military experience includes combat deployments supporting Operations Enduring Freedom, Iraqi Freedom, and Noble Eagle. Emily holds an MBA from the University of Virginia’s Darden School of Business and a Bachelor of Science degree from the United States Military Academy at West Point. She’s an active member of the local community and has lived in the area for eight years with her husband and three children.

John D. Sims served 30 years in the U.S. Army as both an Infantry NCO and Field Artillery officer. His assignments included command and staff positions at the tactical, operational, and strategic levels, with deployments including Desert Shield/Storm, Kosovo, Iraq, and Afghanistan. He was the senior operations officer in the National Military Command Center during the Sept. 11, 2001, attack on the Pentagon. From December 2013 to August 2016, John has served as the Deputy Director for Career Transition at the Military Officers Association of America (MOAA), a veteran advocacy group in Alexandria.

John has been very active in veterans’ initiatives to include creation and Co-Chair of the Alexandria Veterans Advisory Group, a member of the George Washington Birthday Celebration Committee, and a leading proponent for capitalizing on the strengths of Veterans in our community. He recently planned and organized the very successful veterans business Expos at the GW Patriot Run at Mount Vernon on 9-11-16. John holds a BA in communications from Shippensburg University; a MA in leadership and organizational development from The George Washington University; and a certificate in executive nonprofit management from Georgetown University. He is also a graduate of the Canadian Forces War College in Toronto. John is currently creating Command & Signal, a strategic communications company. He and his wife, Theresa, have four children, all serving in or in support of our nation’s military.

Lieutenant General (Retired) John R. “Bob” Wood first came to Alexandria in 1964. His father, a career military officer, first settled the family in Seminary Valley before moving to Alexandria’s West End. Bob attended both Hammond and T.C. Williams High School. He graduated from T.C. in 1968 to accept a Presidential appointment to the United States Military Academy. Over the next 36 years of Army service, Bob served in command and staff positions from company to division in units stationed in the United States, Germany, and Korea. He commanded troops in combat during Operation Desert Storm and served as chief of staff for a major NATO headquarters in Bosnia. As a general officer, Bob commanded the 2nd Infantry Division in Korea followed by duties as the deputy commander of US Joint Forces Command.

When not serving in operational assignments, Bob earned an MBA at the University of Chicago before teaching economics and systems analysis at West Point. He was named a White House Fellow in 1984 and worked in the National Security Council for President Reagan. In 1993, he completed a senior fellowship at the Walsh School of Foreign Service at Georgetown. His operational background, senior leadership experience, and education led to his appointment as the Army’s chief of strategy and planning. In this role, he led Army staff planning for operations in Rwanda, Somalia, Bosnia, and Iraq. In the Pentagon on 9/11, Bob led the Army staff planning for operations responding to this attack. In his final assignments, he led joint experimentation, innovation and training for our military.

Back in 1986, Bob bought his home in Old Town determined to settle here upon completing his Army service. In 2009, Bob retired, and he and his wife, Margaret, came back to Alexandria where he established a consulting group that focused on strategic planning and leader development. In 2013, he joined the Armed Forces Communications and Electronics Association (AFCEA), a large international trade association for the Information Technology, Cyber, and Homeland Security sectors. He serves as the Executive Vice President, responsible for strategic direction, operations, and business management of all defense and national security activity.