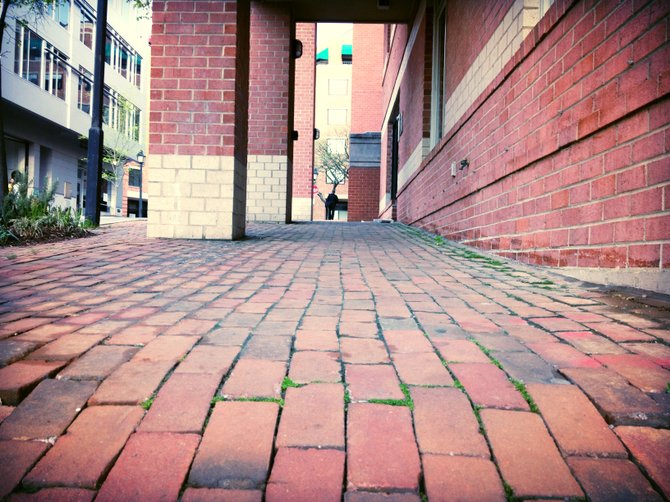 As a follow up to our very popular program last March: Profit or Loss – Stories from Small Business Owners in Alexandria, to launch our 2017-2018 season, Agenda:Alexandria asks: BID or no BID? Tuesday night City Manager Mark Jinks answered the question for us, “No BID.”

Despite this pronouncement, the passion around what businesses need to thrive all over Alexandria remains a hot topic. On Monday September 25, we’ll hear arguments for and against creation of a formal district to support business. We will also hear about how businesses are doing and what they do (or don’t) need to succeed. Our speakers are representatives of just some of the businesses and residents to whom this matters a great deal. In Old Town alone, according to the Washington Post, there are 2,100 businesses and 700 commercial property owners among those who will be affected by whatever comes next. And this is just one part of a City. Outside of Old Town, some haven’t even heard about BIDs, but the questions remain.

Kim is the owner and founder of Bloomers which opened in Old Town in 2008.  She also co-Founded Bellacara in 1999.   Kim started and grew both her businesses from the ground up.  During her nearly 18 years as a business owner in Old Town, Kim also co-Founded the Old Town Boutique District and helped to increase its membership from the original founding 4 to more than 30 businesses.  She’s also been very active in small business issues before the City taking on the City’s decision to increase parking rates before the turnover to newer, credit card machines.  Kim has been very active in the BID debate this past Spring organizing and energizing the business community to express their concerns to City officials.   During her tenure at Bellacara, the business was named Best of Old Town by Washingtonian Magazine and Best of DC by Allure Magazine, as well as many more accolades.  Bloomers has been equally bestowed compliments as Best of Arlington by Arlington Magazine, Best of Old Town by Washingtonian Magazine, a Staff Pick in Northern Virginia Magazine, Trend Report in Washington Post Magazine, and, most recently, Kim was featured in the Insider’s Guide in the July issue of Northern Virginia Magazine.

In 1992, Dan formed Targeted Creative Communications, Inc. (TC2) a Republican direct marketing company based in Alexandria, Virginia. He has worked on political campaigns around the country at every level of government. His past clients include successful presidential campaigns, US Senators and Governors, and over five dozen members of the House of Representatives including two former House Speakers.
In 2004, Roll Call named Dan one of 11 Republican “Consultants who Matter.” Campaigns & Elections magazine named Hazelwood a “rising star” of the political consulting community in 1994 and a “Mover & Shaker” in 1996.  Dan’s work has also received attention from Advertising Age, and U.S. News and World Report. He is a Board member of the American Association of Political Consultants. Dan has been a guest lecturer and trainer at universities and non-profits on four continents. He has also worked on behalf of US government funded democracy building programs in Eastern Europe after the collapse of the Soviet Union. Dan lives with his wife and three children in Alexandria, VA.

Ethan McAfee is the founder and President of Amify, an internet retail tech company based in Alexandria, VA.  Amify is a two-time Inc. 500 award winner that focuses on connecting brands to the customers that love them in the Amazon marketplace.  Ethan is also the Co-Founder of Refresh Yoga Center on King Street and Bois Blanc Supply, a quality sporting goods supplier based in Alexandria, VA.  In 2015, Bois Blanc was the 2nd fastest growing company in Virginia.  Ethan is a member of the Alexandria Economic Development Partnership and a proud Alexandria resident.